More news from Donald « My hair was like this when I bought it » Trump :- he’s decided to bomb the s*** out of the Shayrat airbase in western Syria from which  a chemical weapon attack had been launched by the Syrian president Bachar el-Assad a few days ago. It seems he had been ‘upset’ at news reports showing young childrens bodies, killed by sarin gas. 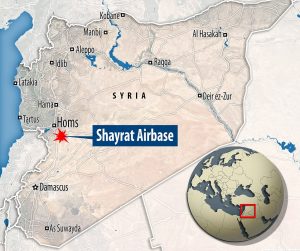 I think this is all very laudable etc. but I can’t help thinking that this response is several months too late – it would seem that the pictures of adults and children blown apart by bombs didn’t have any effect on the ‘people in power’, who are visibly far more worried about pissing-off Vladimir Putin than preventing a dictator wiping out his own people.

All waste of life like this is beyond comprehension, but an ‘expert’ interviewed on French television yesterday made, in my view,  a very pertinent remark – if it came to dying in less than 10 seconds in a sarin gas attack, or being blown up and being in pain for hours while awaiting treatment than might never arrive, for him at least the choice was not difficult to make. 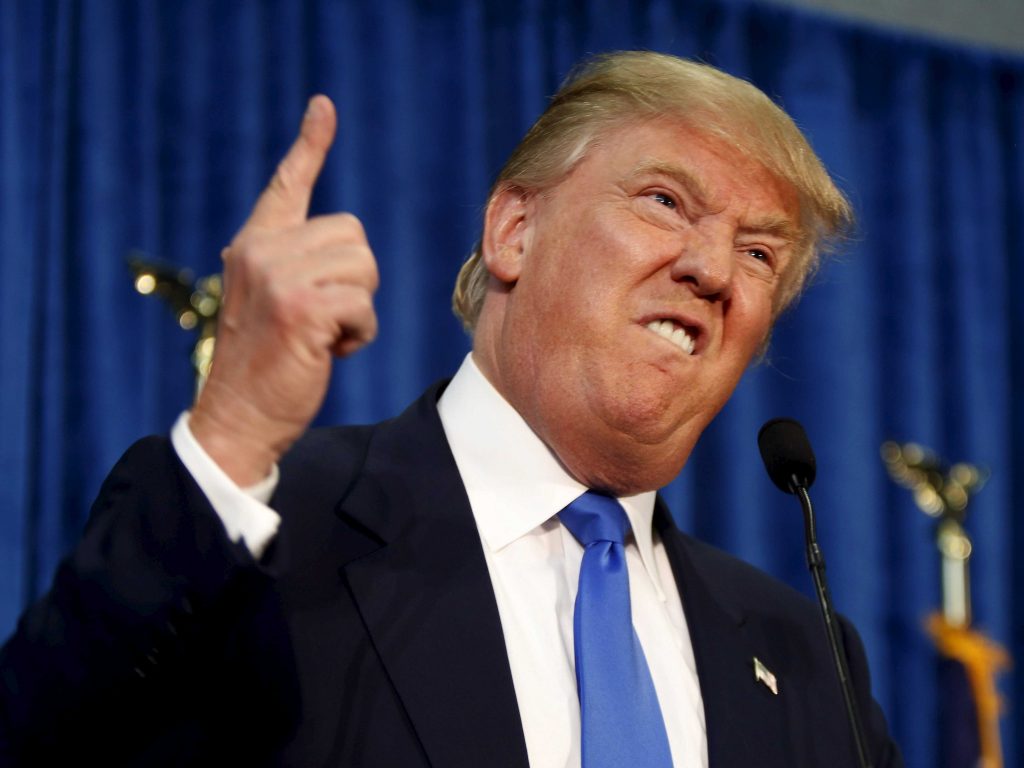 It seems I now don’t have to fret about when I can visit the United States – under new proposals, tourists from Britain and other countries visiting the US could be forced to reveal mobile phone contacts, social media passwords and financial data under “extreme vetting” practices being considered by the Trump administration, according to a report in the Wall Street Journal.

Makes my life a lot easier – I just won’t go.

According to a report in The Guardian, US homeland security secretary John Kelly told a House homeland security committee hearing in February: “We want to say for instance, ‘What sites do you visit? And give us your passwords,’ so that we can see what they do on the internet. If they don’t want to give us that information then they don’t come.”

Great – call me when you come back to your senses. Until then…bye bye.

Inscriptions are open from tomorrow, the 1st of April – and here’s our fabulous poster! 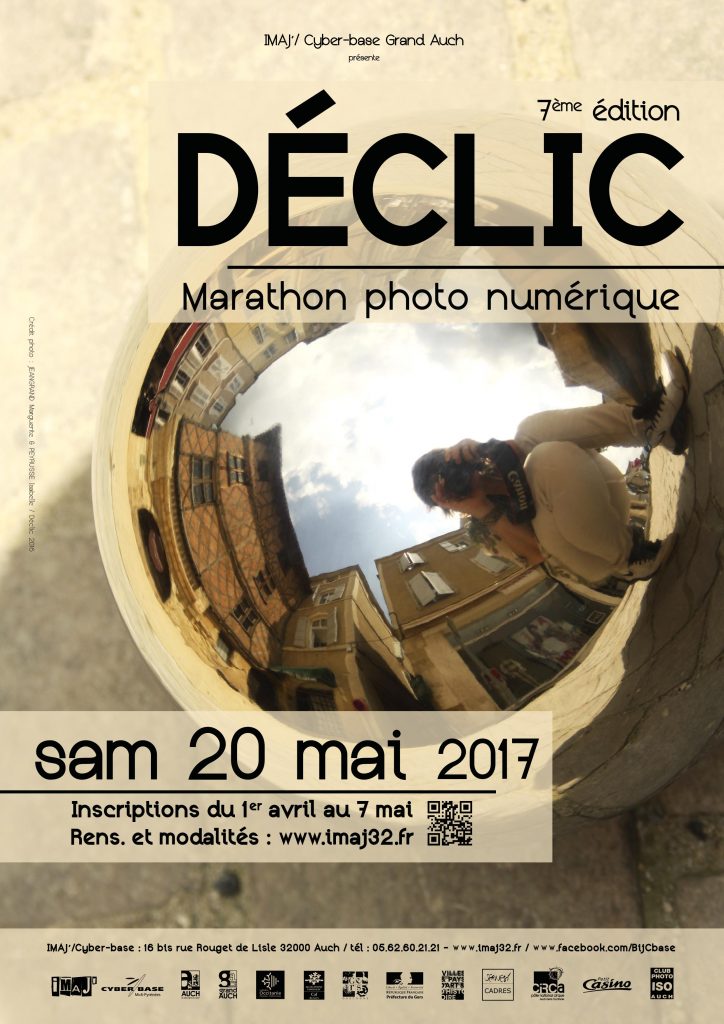 Apparently « the » letter which will start the process of Great Britain  leaving The European Union has been delivered, and there’s no turning back.

How very sad that it has come to this. 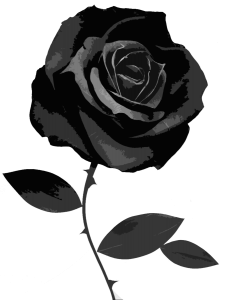 I’ve just realized that I hadn’t given many details about the Romain Laurendeau exhibit at the Château d’Eau in Toulouse.

The photographs shown were from a series from Algeria called « Bab El Oued » – this is a « quartier populaire » in the northern part of the capital Alger. When we visited the exhibit and saw the images, we both thought there was something vaguely familiar (quite aside from the fact that they were, by a long shot, the best exhibit shown!!)

Then I came across some info on the author and it turns out that this series won, in 2015, the first Camille Lepage prize at Visa pour l’Image in Perpignan.

Suddenly everything came clear – we visit Visa pour l’Image in Perpignan every year – so we had seen them there. Glad we got that sorted out.

The series is harsh black and white images, real shooting-from-the-hip street photography with masses of information in each photograph. So many stories in just a seemingly simple image.

Sounds like a sort of hernia, or a drink…it’s actually the name of a samba group I photographed in Auch.

They were actually very good – even if I don’t really appreciate this sort of music. It was a frustrating shoot because the artists didn’t move around very much (they were 8 on stage…) and Vincent our lighting tech kept dousing the stage in smoke – but anyway, it wasn’t as bad as some concerts. In fact the next concert is some kind of gangsta-rap, and I’ve decided they can find another photographer – just not my kind of scene!

Fora are funny things – they start out well meaning and sometimes even interesting and/or useful, but they degenerate into places where people with no particular talent try to convince other people that their ideas are best.

An example – there’s a fairly well known photographic forum dedicated to a camera manufacturer whose name begins with an ‘N’. There are various elements to this forum, and one of the first you see is the part where the members can post a-photo-per-day. I imagine this is to show how there skills are evolving, to be able to get some feedback from the other members? No, feedback is not allowed, and judging by the quality of some of the offerings, people have a very overdeveloped sense of their own abilities.

Roughly half the people posting images play the game – they post recent images, and the quality (composition etc.) is pretty good. Then there are the others…one, who we shall call ‘DJ’ states on his FLIKR profile « Advanced amateur photographer with over 55 years of experience » – I beg to differ – his offerings are generally dated from two or three years ago, the content is generally the same for a run of at least 5 or 6 images (just from different angles, but not always) and the composition is ZERO – pictures where there is a horizon are very rarely horizontal, the subject is all over the place, left right, rarely well centered, and the subject matter is….well we all have our preferences, but these are just bad.

The fact that the other users cannot give any feed back is frustrating – obviously this person (whose ‘signature’ is as long as your arm with all the different accessories he owns etc.) has no taste, and the mere fact that his ‘efforts’ do not evolve shows that he plainly doesn’t ‘learn’ from looking at what everyone else posts.

Back to the forum – as a general rule there are three kinds of people who ‘contribute’ – the first kind are the know-alls who will make long technical arguments regarding just about any subject, but rarely  actually show proof of their genius. This group sadly includes some of the moderators who are happy posting a simple smiley emoticon to show they agree or not to a previous post – this is simply to get the numbers of ‘comments’ up, and never any real use. The second group are genuinely knowledgeable people who don’t lord it over the others and TRY to give considered opinions and often show very good work as examples. Then there is the third group – the sleepers – who rarely post but read and inwardly digest the pros and cons of what’s posted by the first two groups.

To discuss actual images is deemed untasteful, and people have been banned from the forum for daring to transgresse this rule…I was, but I went back as a sleeper. I realized that I knew more than most of the so-called experts and didn’t need to be spoken down to because I didn’t have the ‘N’ word written on my underpants.

But I admit it does frustrate me that this man with 55 years experience creates such rubbish, and then posts it for all the world to see…it also saddens me that his is reluctant to learn by the example of the other posters. Still, we can’t like everything can we…perhaps in some strange parallel univers his kind of images are considered N°1 masterpieces. Frankly I’m glad I live in our universe…

Been quite an active time these past few days – everything started with the concert of Marta Ren & the Groovelets at the Cri’Art in Auch. She’s Portuguese, as are the rest of her group, and sings in English. A BIG voice, loads of talent, and the concert was very good – but I think the thing that surprised me the most was to find her behind the wheel of the van they had rented to drive to Auch from Barcelona! 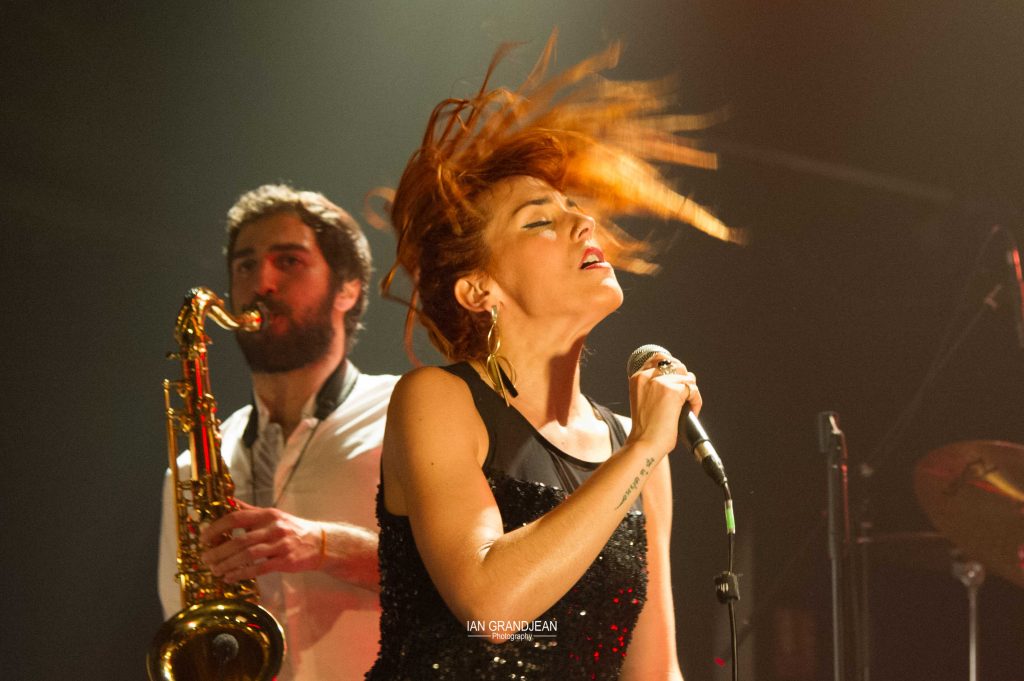 I met another photographer at the concert – he had made the trip from Bayonne on the West coast, and judging by his Facebook page after the concert, wasn’t too impressed with our smoke machine…can’t please everybody – interestingly for me, he’s only published one photo of the concert…

Sunday was a beautiful sunny day, and a good excuse to visit Toulouse where the latest photo exhibition is now showing at the Chateau d’Eau. The only interesting part was in Gallery Two where Romain Laurendeau was showing « Bab El Oued » a very powerful series of B&W images photographed in Algeria.

We also visited the Augustins Museum – something neither of us had ever done! Beautiful building and very interesting/photogenic exhibits. 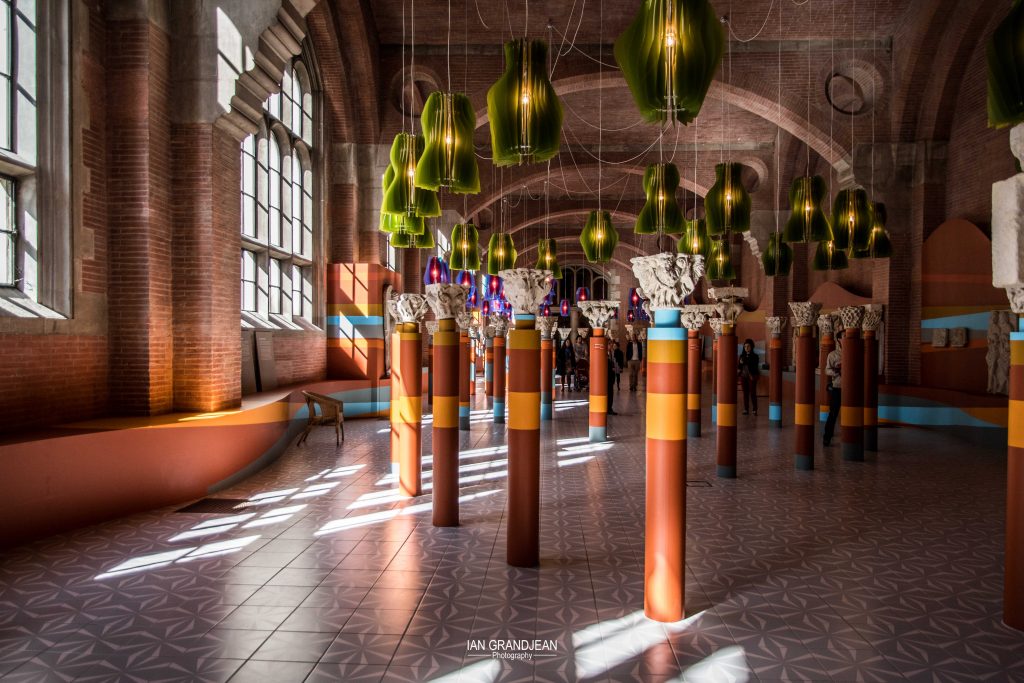 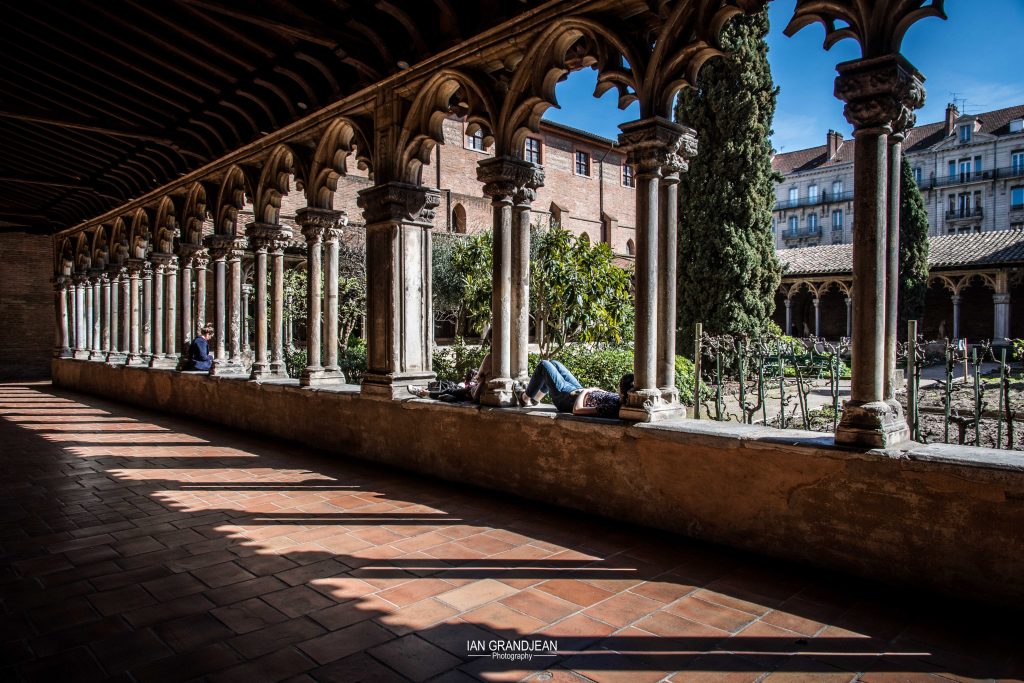 On Monday I had a rendezvous with La Mondiale Générale – a circus company in residence here in Auch. Nice people and interesting elements which will all go towards the spectacle « Le Gros Sabordage » in the not too distant future… 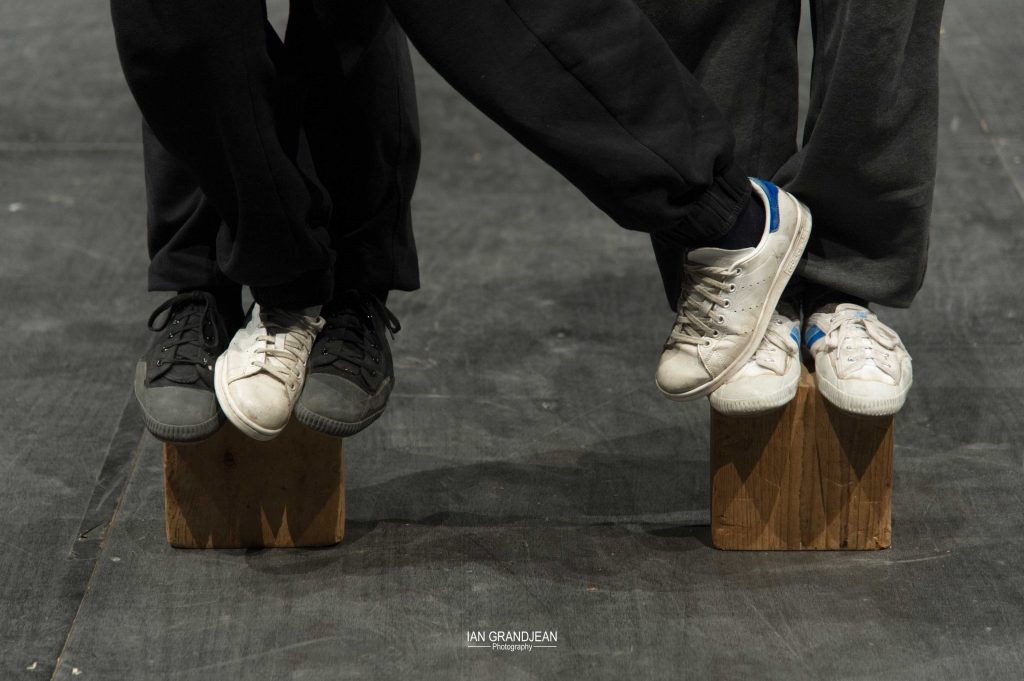 All in all, a full weekend!

Once upon a time there was a photographer who didn’t know much about photography, and despite being surrounded by people who knew a lot more than him, ignored what he saw and blindly went his way creating really boring photographs. 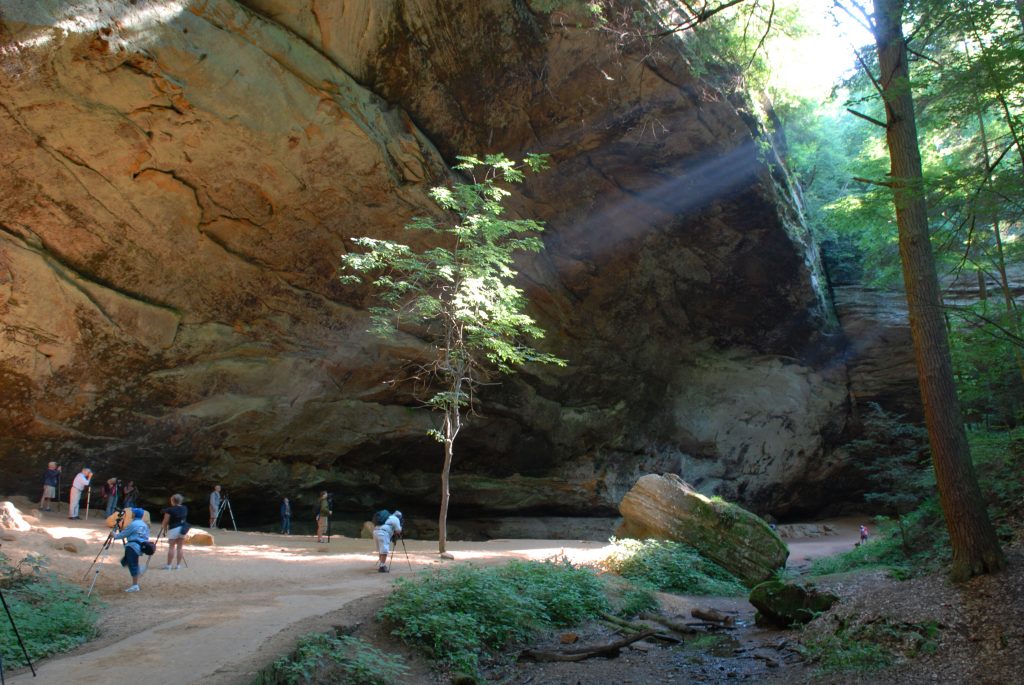 One day, the photographer was at en event with a large number of other photographers. He made his photos, and when he got home and looked at what he had made that day, realized that in virtually every image there were other people – he didn’t want to see these people in his photographs, but he just went on, as usual, blaming everyone else for ruining his images.

This of course didn’t stop him publishing both his photographs and his criticisms. This made some of the people who looked at his photographs laugh, and one of them made a very pertinent remark (completely lost on the man who had made the photograph of course) – he said « If you don’t like what you see, why don’t you choose a different viewpoint? » And to prove his point he simply cropped the original image. 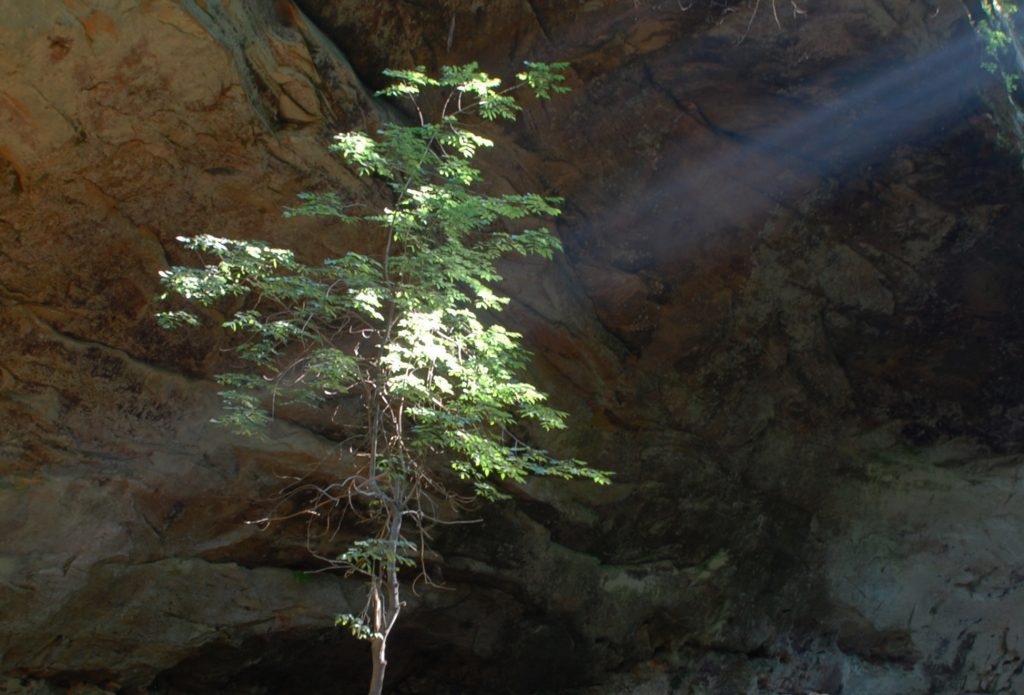 Moral:  try to look at every situation from various viewpoints. 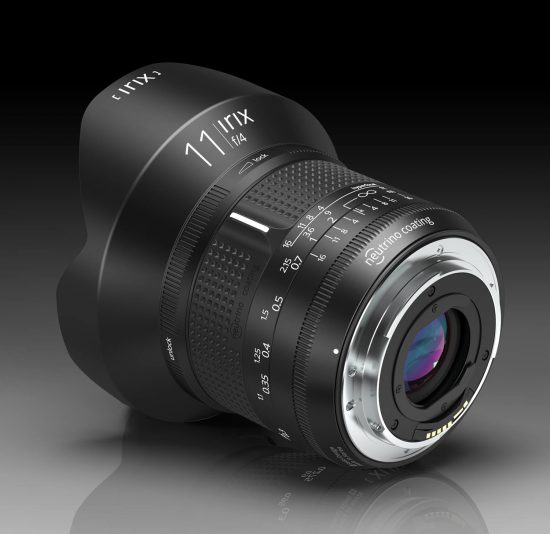 Albeit a manual focus lens, it’s the angle of view which interests me – 126° and it’s designed for full format cameras. Nikon and Canon mounts will be available and the lens should start shipping in April. (For info, my 14-24mm NIKON has a field of view of 114°-84°)

Down to the nitty-gritty – the price. There will be two versions – the « Firefly » (the cheapest, composite body etc.) and the « Blackstone » (more expensive, metal body etc.) – optically they are identical. In the US they can be pre-ordered for $575 and $774 – unsure exactly what the final €uro price will be, but tests seem to indicate that the lenses are very well corrected, and any corrections not taken into account in the design can be ‘adjusted’ in Photoshop/Lightroom.

Update: The current French price at launch is 635€

Being a fan of extreme wide angle lenses, this seems an obvious ‘next step’…