Recent news regarding car parking charges for employees at a large UK hospital made us (ie; expats living in France) sit up and listen.

A large hospital somewhere in the UK has 6000 people working for it – sadly there are only 1300 parking places, for employees and visitors,  so quite a number park illegally – just to go to work. The company employed by the hospital to manage the car parks has finally decided to take to court all the people who have parked illegally over the years, resulting in claims of £128,000 for some of the nurses, who up until now have simply ignored the tickets. This basically means that some people will be obliged to sell their their houses to pay parking fines.

If this situation were ever to occur in France, the hospital would have been closed long ago – we don’t pay for visitors parking here, so there’s no-way the actual employees are ever going to pay to park. In very large hospitals there is generally a shuttle bus, or nearby metro (as the largest hospitals are generally in or near large cities) and park-and-ride schemes. So why does this situation exist in the UK?

Well one reason is that the hospitals are now run by accountants – who see parking as a money-making opportunity – and as soon as they employ a third party management group to organise this, ‘reasonable’ goes straight out of the window.

Another example of ridiculous reasoning is happening at the BBC – it seems that they now have to publish the salaries of their ‘top’ earners, and these people are rightfully feeling that there will be a backlash from the ‘commoners’ who pay the licence fee, and thus, their salaries.

Here is an example: 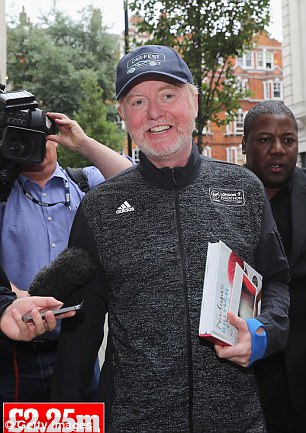 It seems that this is a ‘Chris Evans’ – no-one has been able to tell me what it does, or even what it might be good at, but it seems the BBC pay £2,25 million a year for the priviledge of having one. I have heard that it’s a pretty nasty piece of work, and stamps it’s feet when it doesn’t get it’s own way – I can do that too, but I can guarantee I’ll be cheaper – all I’ll need is a reserved parking place at Broadcasting House and I’ll be there. I’ll leave you my number…